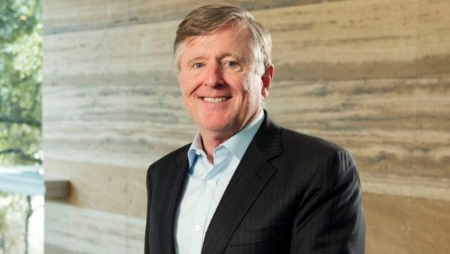 When a billionaire gives you investment advice, you listen.

When it’s backed by the research of several Nobel-prize winning economists, you really pay attention.

David Booth is co-founder and chairman of Dimensional Fund Advisors, which manages almost US$400 billion (NZ$600b) of assets.

"You ought to be well diversified, invest in low-cost strategies, and don't take more risk than you can tolerate"

Disappointed? Heard it before?

It’s thanks to people like Booth that this is now conventional wisdom.

When he was working on the first index fund in 1971, passive investing was a revolutionary concept.

“Trying to improve your investment returns is un-American? What they meant is, ‘Real guys out there pick stocks’.”

Passive managers typically buy every company in an index, rather than trying to guess which ones will do the best.

Booth uses a coin-tossing analogy. You’d expect about one in 1000 people would manage to get heads 10 times in a row.

“Now you look at the person who did it, and they’re on nightly news. Maybe they had skill, who knows. The point is there are fewer of them out there than you’d expect by chance.”

The idea that monkeys tossing darts could literally do better than highly-trained experts rubs against the grain of our psychology.

“People’s intuition at first is always if you work harder or smarter, you can do better than someone else,” says Booth.

“That’s true in most industries. It’s not true in markets.”

When buyers and sellers come together, both think they’re getting the better end of the bargain.

Only one will be proved correct.

The research behind Dimensional’s investing strategies draws on the work of several top economists associated with the company.

Booth is an alumnus of the University of Chicago School of Business, which bears his name after he donated a record-breaking US$300m.

He was a research assistant to Eugene Fama​, the Nobel-prize winner who developed the efficient market hypothesis.

When Booth started Dimensional in 1981, he called up his old mentor to get on board.

The pair have known each other for almost 47 years.

But it’s not strictly passive.

“What we try and do in that environment is on the margin, do some clever things in the way we actually invest the money,” Booth says.

“We may hold all the names in an index, but we hold them in different proportions than an index fund,” says Booth.

Dimensional also has some wiggle room when it buys and sells.

Rather than automatically doing business at the market close, it sits on a bid or offer throughout the day and waits for someone to cross the spread.

“Making a penny or two on a trade adds value,” says Booth. “If you do enough of these trades throughout the year, it can make a difference in returns.”

The billionaire’s visit Down Under involved opening a new office in Melbourne, and giving a speech to a New Zealand conference.

Local clients include the likes of Bradley Nuttall, Consilium​, and Strategic Wealth Management, as well as several smaller outfits.

All are fee-based independent advisers.

Booth says Dimensional doesn’t pay commissions and never has, except when legally required to.

He jokes that some of his best friends are commission-based salesmen.

“I don’t want to insult anyone.

“What we want is people where their interests align with the client, as opposed to competing with the client. If you only eat what you kill, that’s a recipe for problems.”

According to Forbes, Booth’s personal fortune is about US$1.33b.

He never needs to work again. What gets him out of bed in the morning?

“You look at how people actually behave, and it’s inconsistent with the way they oughta behave,” he says.

“I think we can have a bit of a voice in changing that. It sounds corny, but we want to help improve people’s lives.”

Booth was there for the birth of the passive investing movement, when it was ridiculed and misunderstood.

Around the same time, the movement reached a tipping point, with more than 50 per cent of new investments in the US now passively managed.

“To have the ideas all of a sudden get some acceptance, I think is pretty cool,” says Booth.

The journey’s not over yet.

“Administrative costs are coming down. People are going to get better and better outcomes.