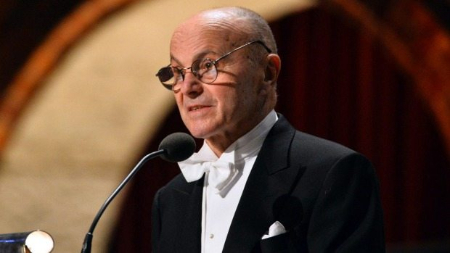 The 2013 Nobel Prize in Economics was awarded to Eugene Fama, with two others, for laying “the foundation for the current understanding of asset prices”[1].  Having been (along with our clients) the direct beneficiaries of Fama’s work, we wish to congratulate him on this achievement.

As with many Nobel Laureates, it’s difficult to appreciate the work of Dr Fama. Fama’s great achievement is helping us to understand how financial markets ought to work.  In research that began as a PhD thesis, he demonstrated that markets absorb all available information about the future prospects for shares.

This means that research to identify mispriced shares is likely to be wasted.  This is a very counterintuitive notion; surely some investors have more, or better, skill than others?

This counter-intuition calls for some investigation. A purchaser must buy their share from an existing owner. Does the current owner of the share know less about its value than the buyer?  Probably not, and they have no incentive to sell cheap.

So, if buyer and seller (with equal and opposite interests) agree on a price, the price is probably both fair and the best estimate of the actual value of the firm, at that time.

That caveat is important and reflective of another of Fama’s conclusions: when new information does become available, both buyers and sellers act upon it, and it is absorbed into prices very quickly.

More important for investors than Fama’s theory in itself, are its implications.  If prices are right, then trying to outguess the market is at best speculation, where being good and being lucky are one and the same.  Why pay a fund manager for luck?

Fama’s work led directly to the creation of index funds at very low prices.  Investors in index funds pay for diversification and to pool transactions with other investors, which drives transaction costs down.  They do not pay for a fund manager to find mispriced securities.

History has shown, time and again, that Fama is correct.

Each year, Standard & Poor’s (S&P) performs the Standard and Poor’s Index vs. Active study or SPIVA.  The results are clear – the majority of fund managers underperform the market.  As Fama suggested almost 50 years ago, this has to be the case as it’s a gamble before costs.  And the costs (both in fees and via transactions) can be quite high.

Below is an excerpt of the most recent SPIVA study[2].

Table 1: SPIVA Percentage of Selected US Based Funds Outperformed by Benchmarks

Overall, in 97% of fund categories, the majority of managers underperformed their benchmark index.

In 2010 Fama performed his own study and found that only 3% of fund managers showed skill.  ‘Skill’ is defined in academic circles as a less than 5% chance of luck.  So, if monkeys were picking shares (that is, all outcomes are determined by chance), he’d expect statistical tests to find that 5% of the monkeys were skilled.  Finding only 3% skilled was telling.

To Fama’s credit, he has not merely sat on his original ideas.  He questioned whether or not a subset of the market should have persistently higher returns than other subsets, and found that this was indeed the case.  Smaller companies and, generally, companies with lower prices, produce higher expected returns.  Fama concluded it was because these companies were riskier, therefore investors demanded higher returns to own them.

Again, history has shown his conclusions to be correct.

Investors owe a debt of gratitude to Dr Fama for giving us the insights to lower costs, diversify widely, and base portfolio decisions on our appetite for risk, rather than speculation on the future.

Although many investors may not realise it, they’ll have a more prosperous and secure retirement because of his work.

By Scott Rainey and Ben Brinkerhoff